What will happen to house prices in 2019? 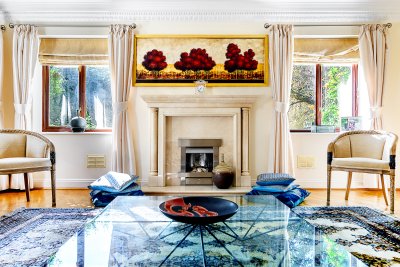 What will happen to house prices in 2019?

One of the key financial questions facing the UK, now it has voted to leave the European Union, is what will happen to house prices?

In an indication that traders believe the UK housing market could be set for a severe slowdown, developers are crashing on the FTSE 100. Persimmon, Taylor Wimpey, Berkeley Group and Barratt Developments are all tanking in excess of 20 per cent.

There were widespread predictions during the campaign that the economic shock of Brexit would drive prices lower. The Treasury predicted a fall of between ten and 18 per cent in the coming couple of years.

This was a bit of a negative outlier, though, and the Brexit camp argued a fall could be positive in that it would help hard-pressed, first-time buyers.

Richard Donnell, the insight director at property consultancy Hometrack, told The Guardian: “The immediate impact is likely to be a fall in housing turnover and a rapid deceleration in house price growth as buyers adopt a wait and see the short-term impact on financial markets and the economy at large.”

In the past, he added, external shocks to the market reduced sales volumes by as much as 20 per cent. "Modest price falls now appear likely in higher value markets as prices adjust in the face of lower sales activity,” he said.

His comments appear to suggest a slowing, rather than reversal, of valuation inflation in most areas but a drop in prime property markets such as London, which probably benefits most from foreign buyers, for example.

Galliard Homes, London's largest private housebuilder, agreed, telling Business Insider that post-Brexit, "the London economy will falter" and "the uncertainty it would cause will generate a value drop in the property market in a very short time”.

However, there are those who argue that even high-value property markets may not see a drop in prices.

London estate agent Peter Wetherell, who specialises in luxury homes, said the Leave vote would result in a “Brexit bubble” as rich overseas buyers would take advantage of the plummeting pound. Buyers in the eurozone have already seen prices effectively fall by £26,000 since late last year.

David Brown, the head of agency Marsh & Parsons, added that regardless of the referendum result, there was still plenty of pent-up demand in the wider UK housing market “and a leave vote doesn’t change that overnight”.

Writing on City AM prior to the vote, eMoov founder Russell Quirk said: “So, do take note that leaving the EU may cure cancer. And staying will mean shorter queues at airports, and so on. But the value of your home? It’s safe as houses regardless.”